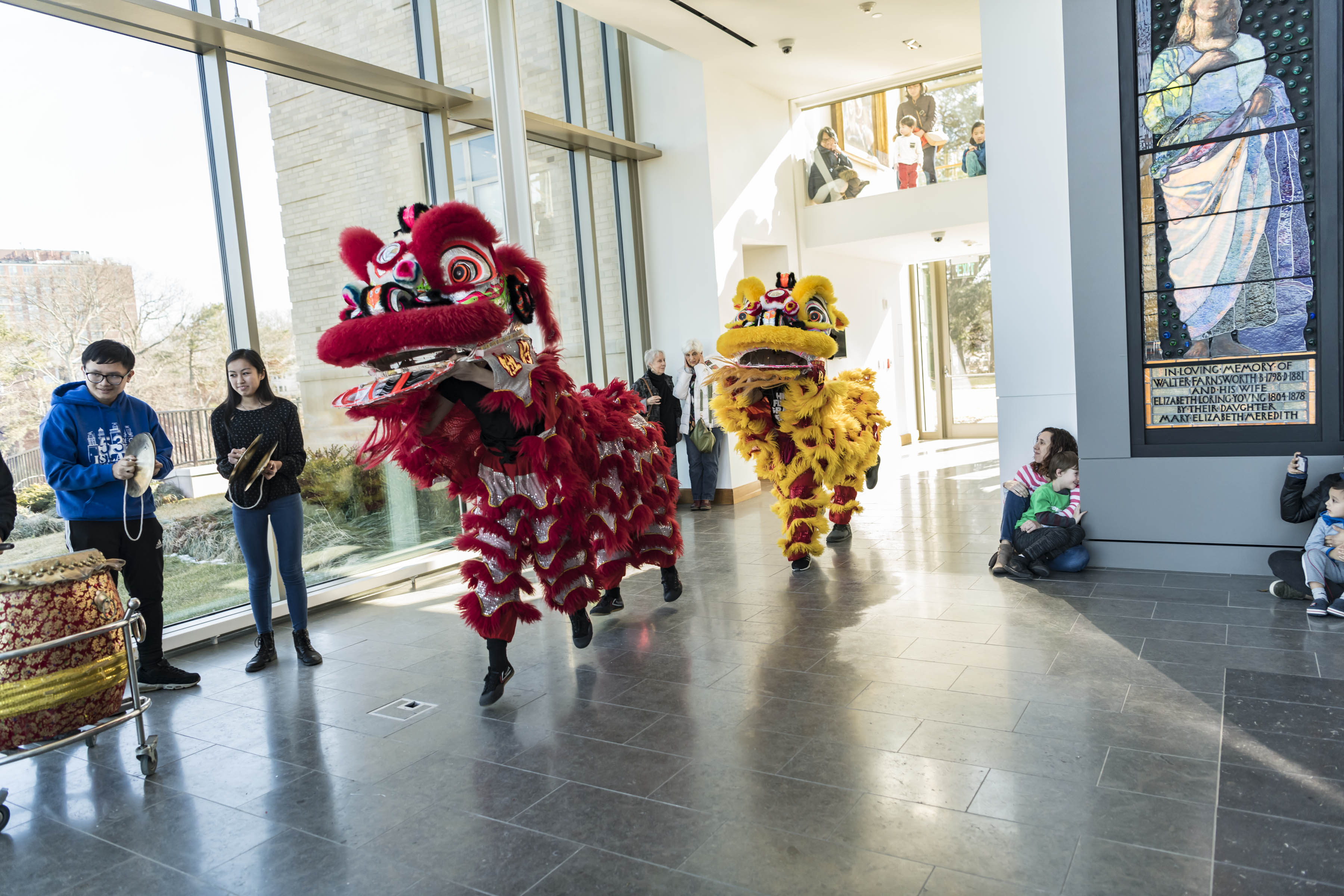 There were plenty of activities for visitors. On the first floor, people could try their hands at making paper lantern crafts and Chinese knots. There was also a room for card games and Mahjong. 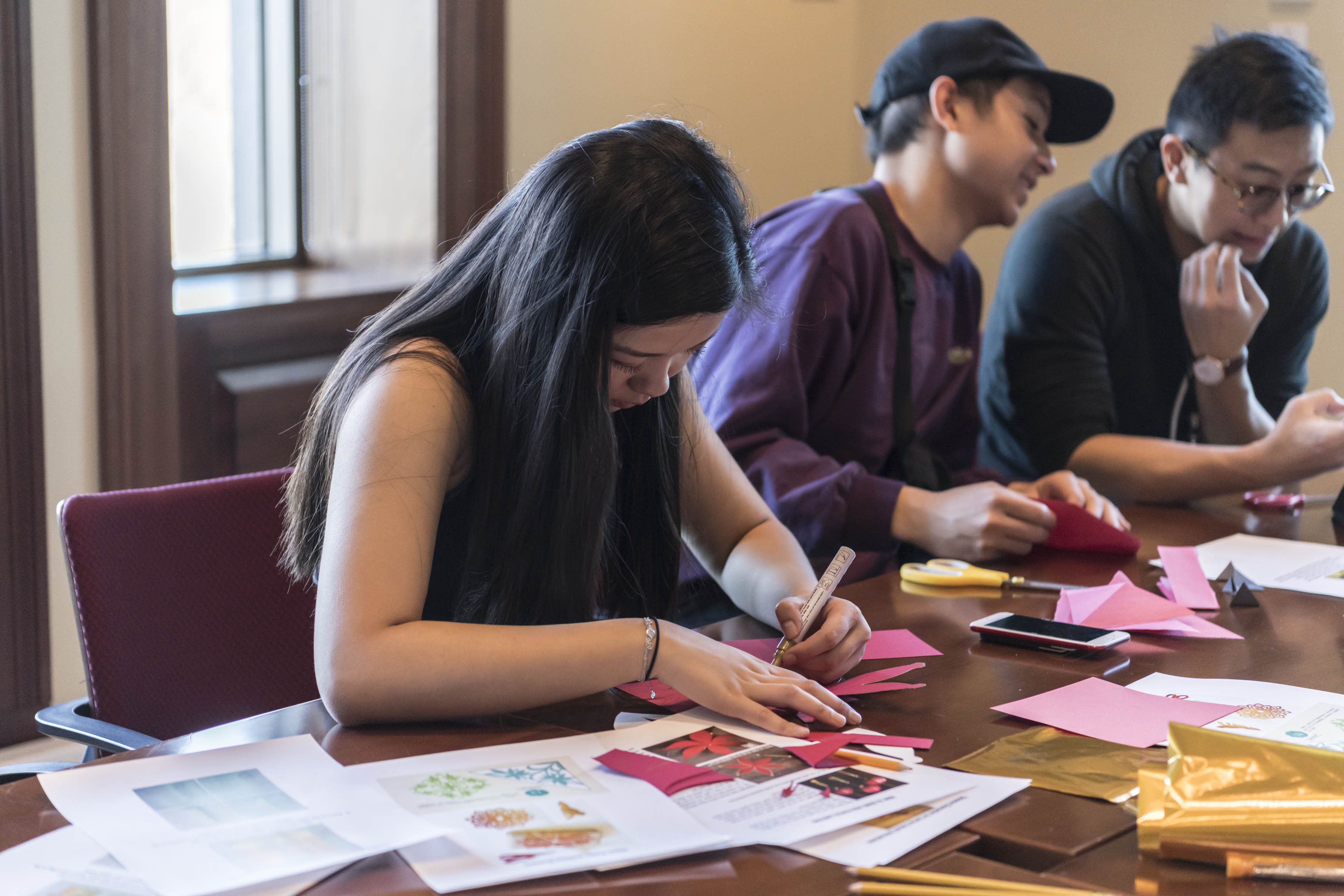 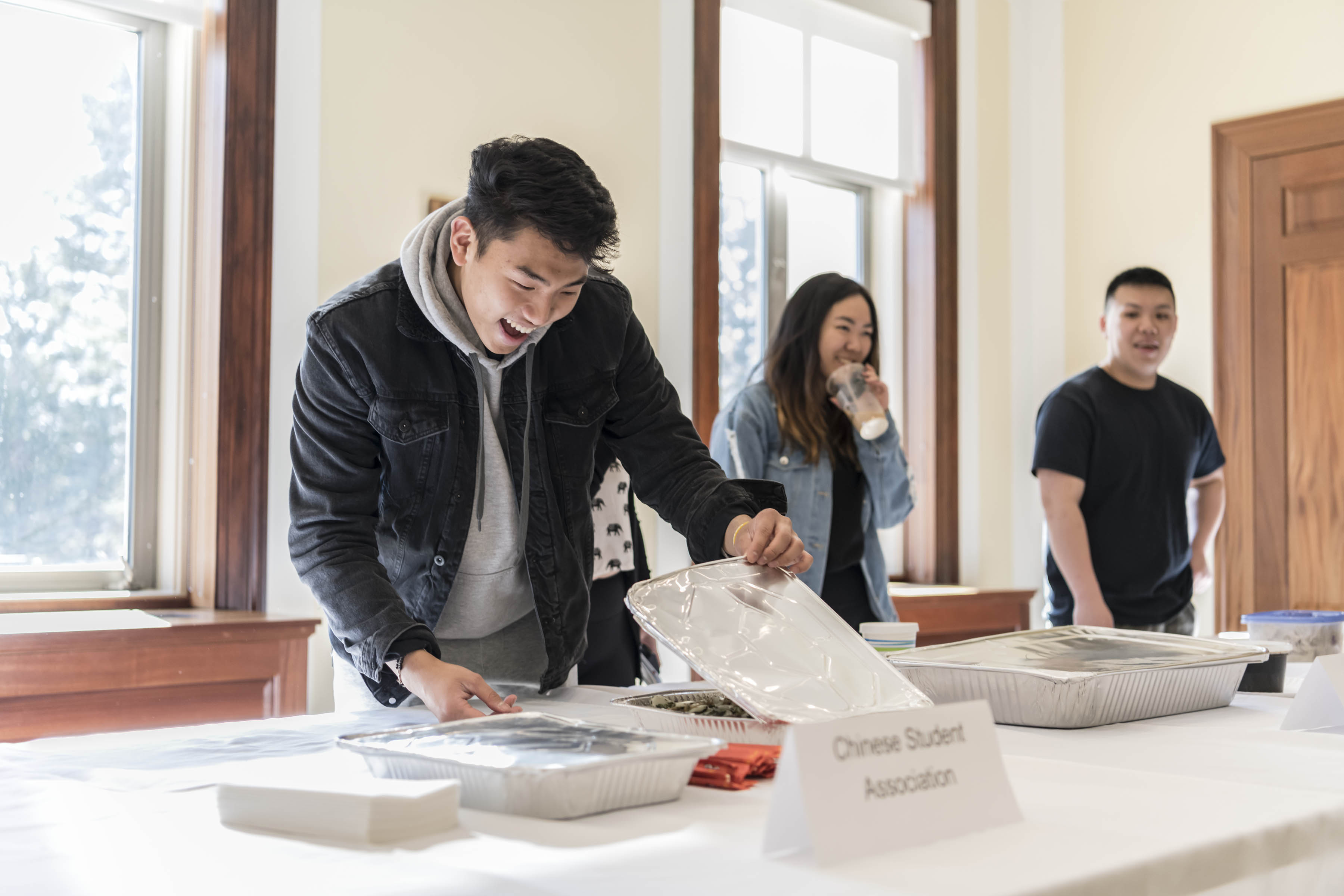 In the atrium, visitors could pull fortune sticks from a jar and examine the fortune board to determine what the year ahead has in store for them. Then they could sit at several long tables to decorate envelopes for the new year—and even put a few chocolate coins in for good luck, or perhaps just a treat later. 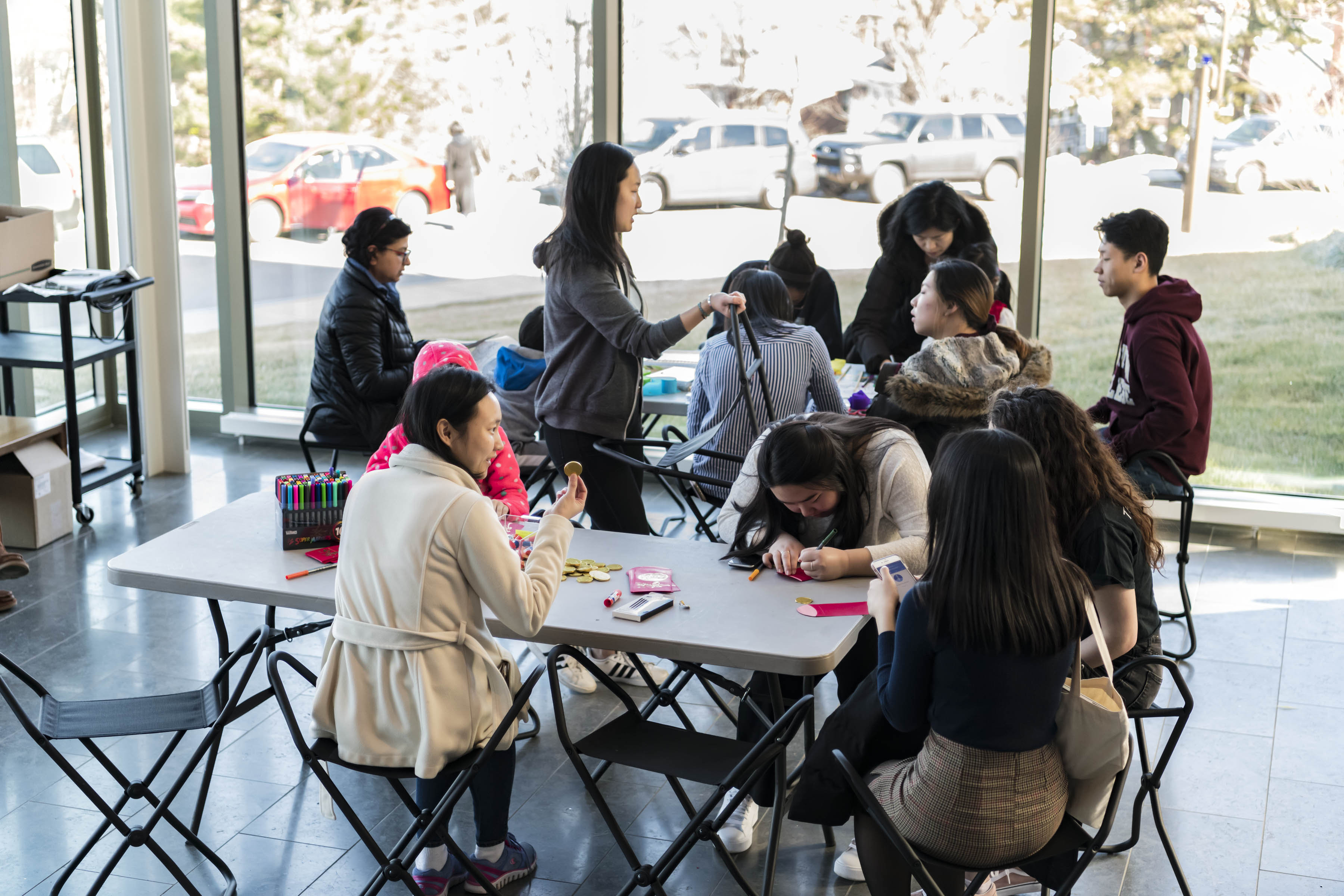 But far and away the most exciting part of the Lunar New Year celebration was the lion dance. There were two lions, each comprised of two students, and they performed the dance around the atrium to a large crowd of awed spectators. With dramatic drumbeats and the occasional crash of cymbals providing a musical accompaniment, the dancers showed off their agility and command of the choreography. 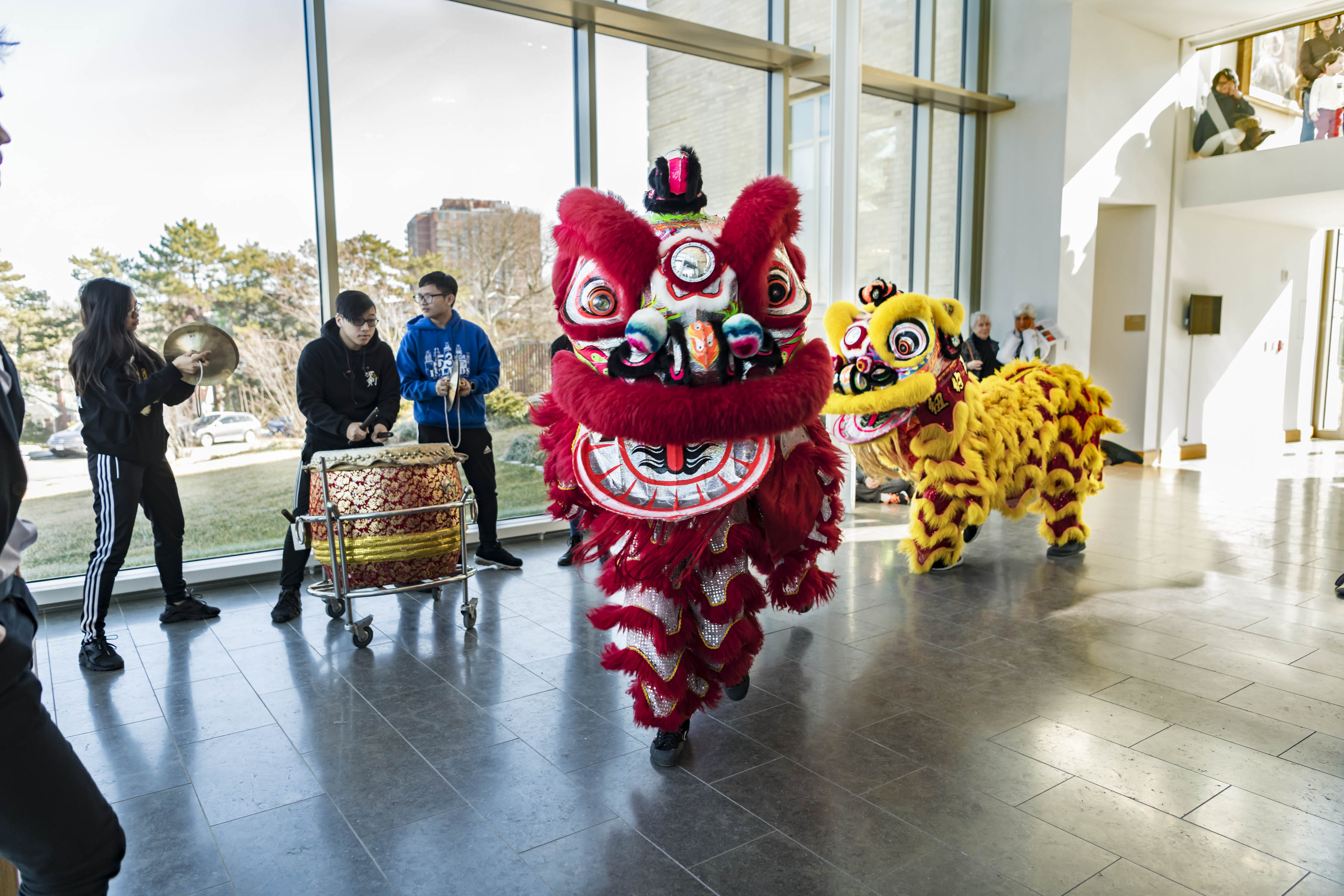 By late afternoon, it was time for the Lunar New Year celebration to end—but the Year of the Pig was just beginning. Here’s to good times at the McMullen Museum in the year ahead! 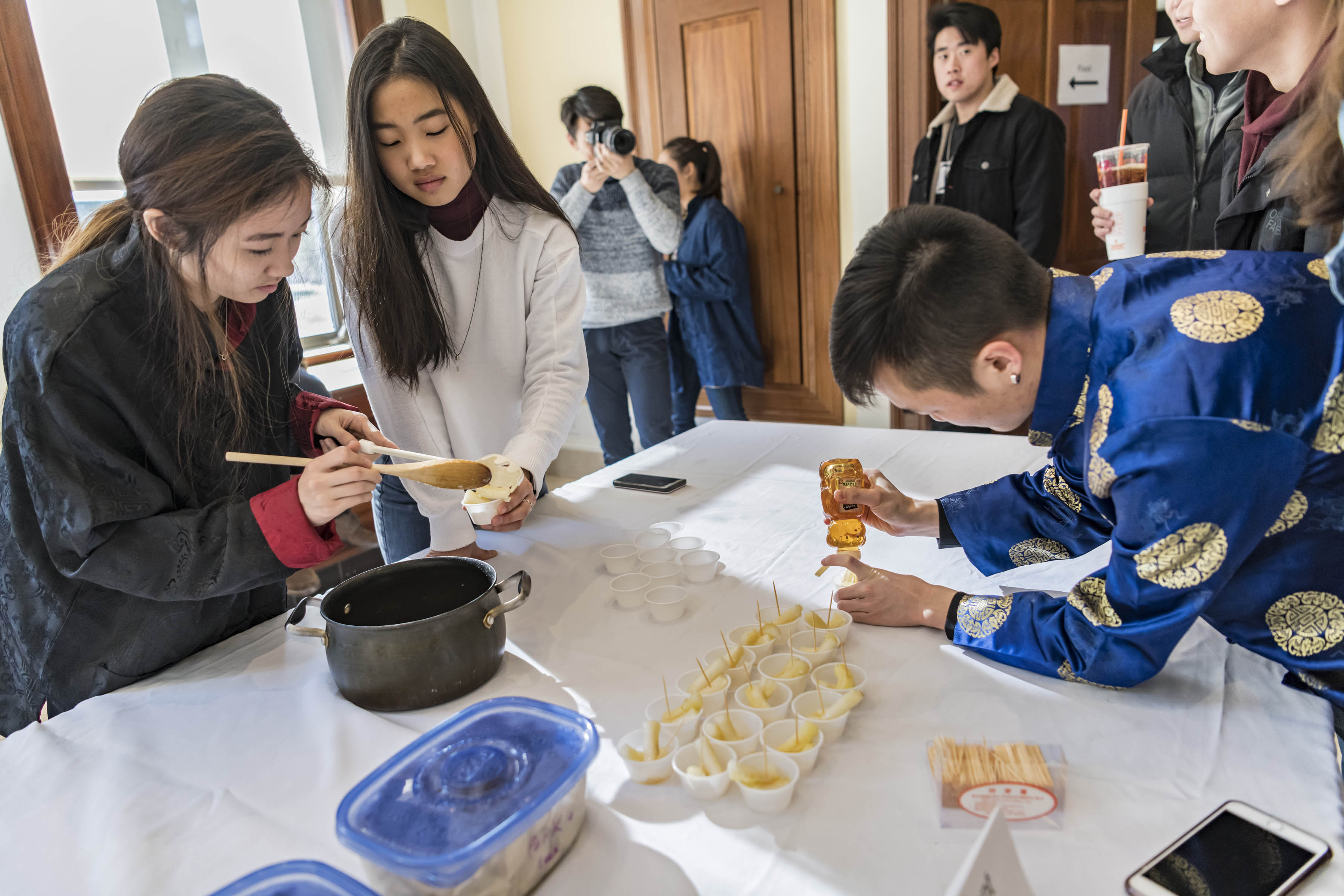