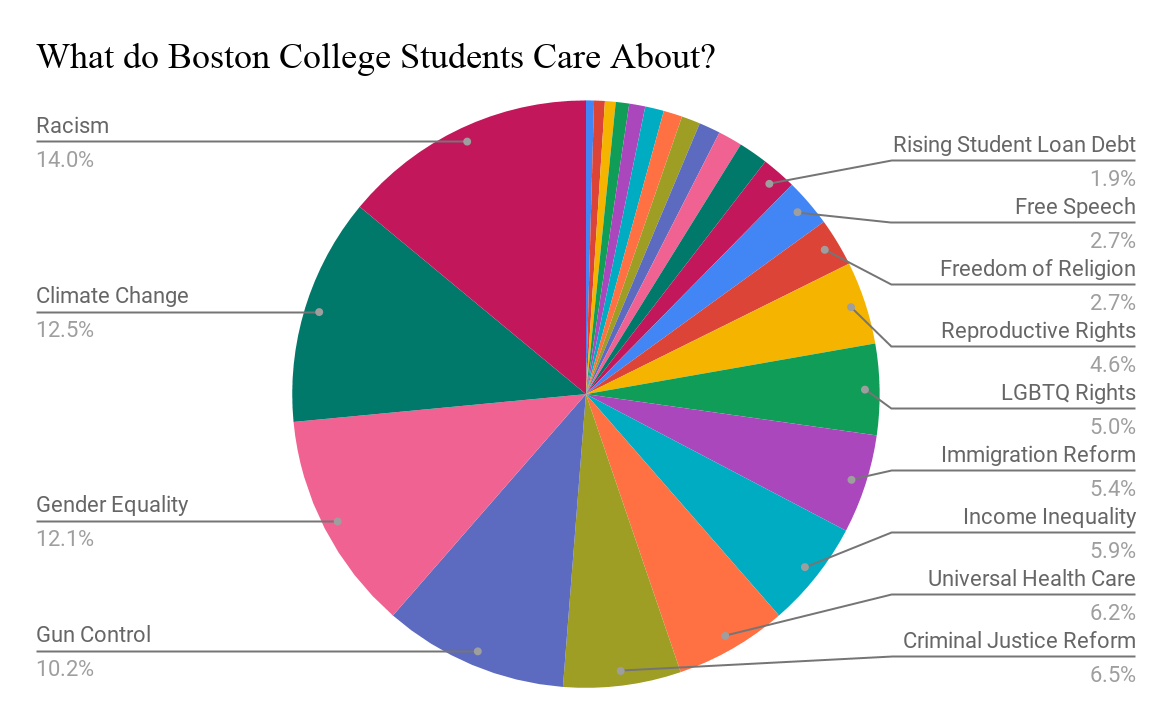 On Friday, September 7th, Boston College students congregated at the McMullen Museum of Art to kick off the opening of Carrie Mae Weems’s Strategies of Engagement. Ambassadors asked fellow students to weigh in on some of the most polarizing issues of 2018. As students ascended to the third floor, they discovered a poster-laiden window. Each poster presented a series of current issues such as criminal justice reform, climate change, and income inequality with a blank space underneath. Boston College students, always up for a challenge, took only three dot stickers, placing them under issues of particular importance to them.

The McMullen Museum student ambassadors urge you to consider the following: what matters to you most and why?