It isn’t often that I ventured into Devlin, and even rarer that I find myself in the basement. However, if you plan on entering Boston College’s darkroom- that’s exactly where you will end up. With the makeshift negatives created in advance from digital files, we were introduced to the process of developing photos and set out to develop our own. 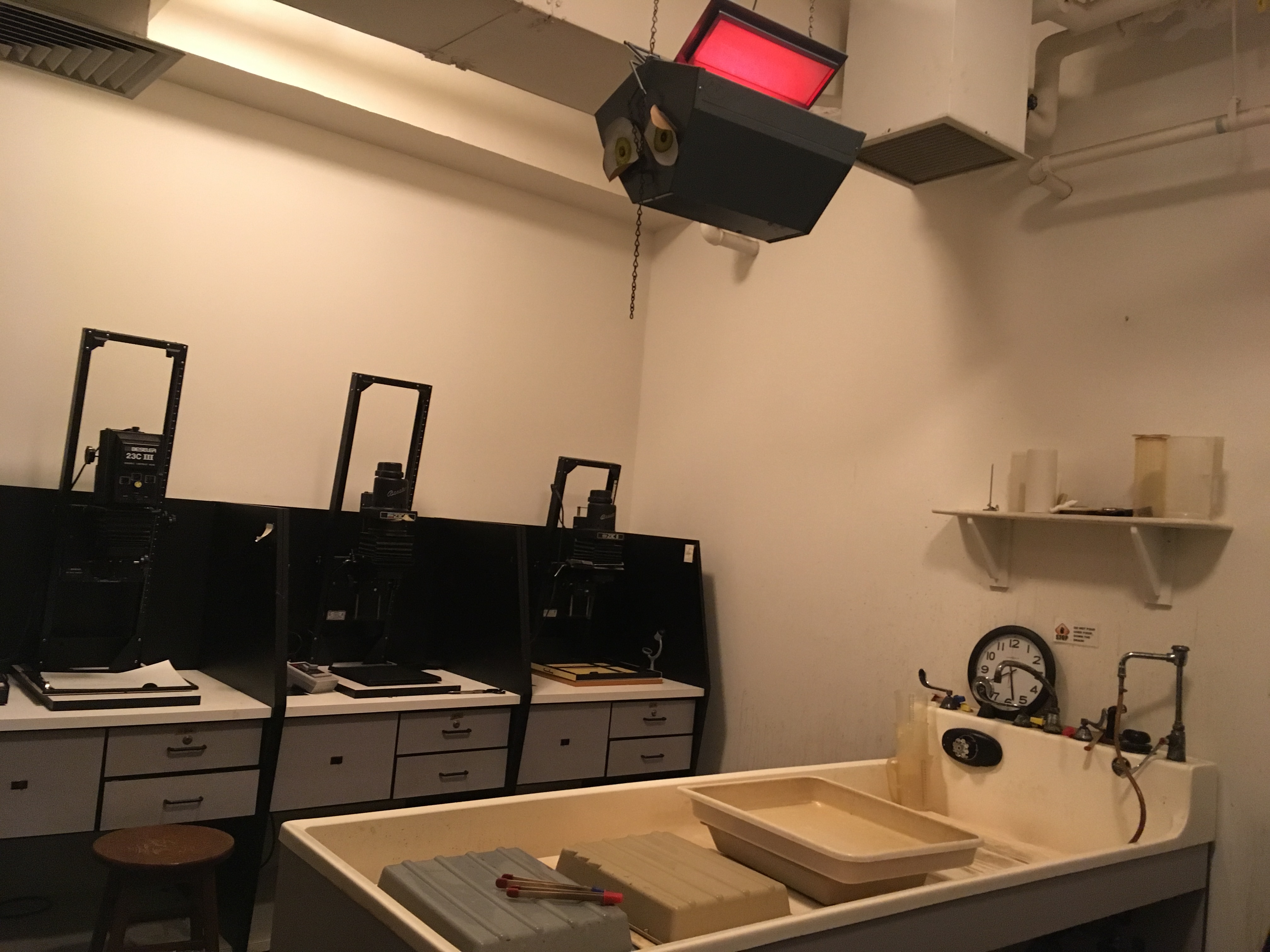 We entered the dark room through a chamber designed to keep the light out, and once in the room with the exception of the special lights that blanketed the room in an orange and red glow, we were in darkness. Each of us got set up at our own station, stationed between two small walls, as to not let our light bleed onto the paper of anyone else. Then, we got to work, mere seconds of light, 30 seconds in the first solution, agitate, a minute in the next, agitate, three in the last, agitate, then rinse. Now, I know magic isn’t real. But, watching my pictures appear on paper after being placed in what looks like water, after seconds of being exposed to light – feels pretty close. 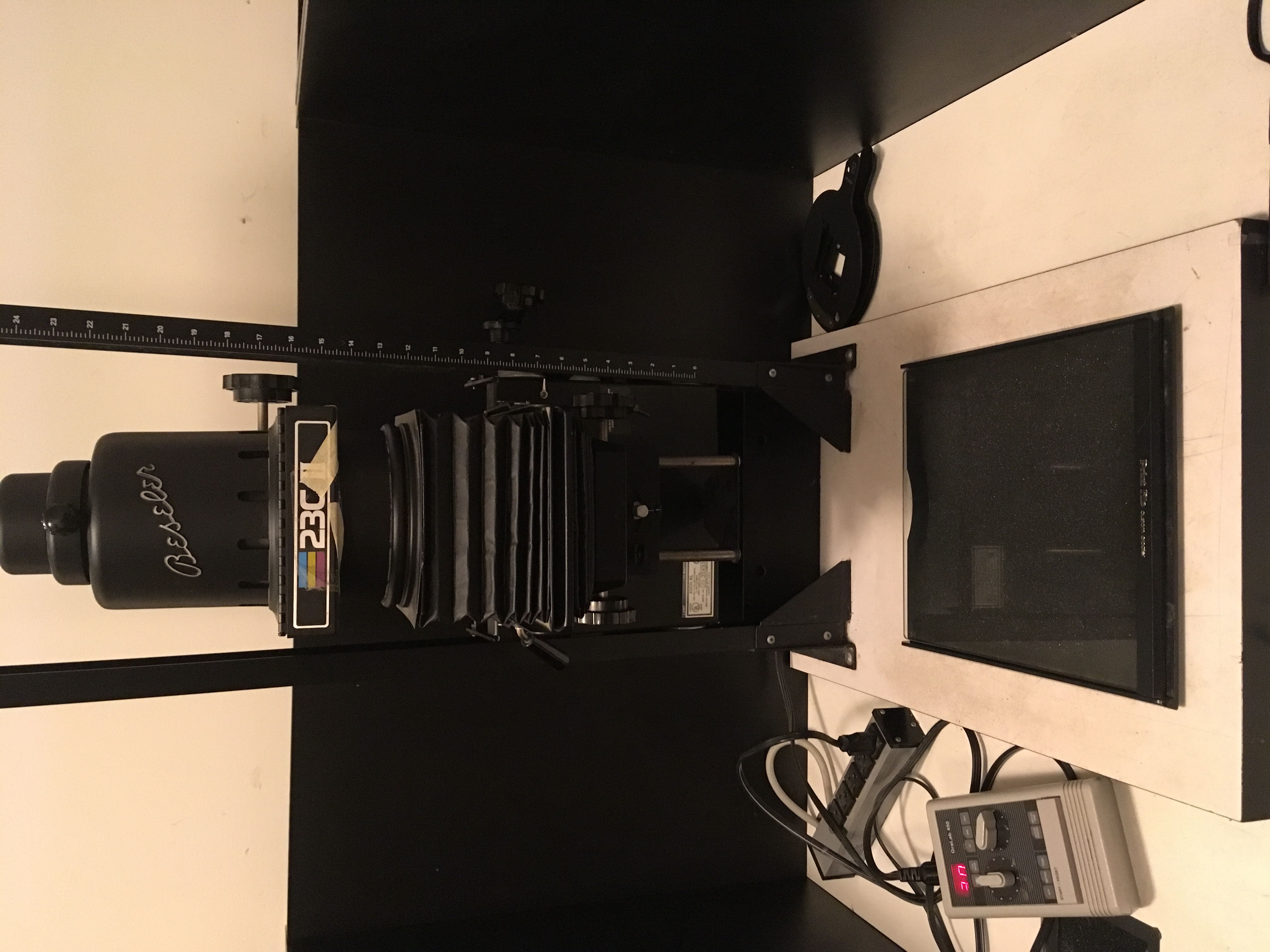 It was inspiring to see the vast and varied creativity that exist within Boston College students, from the pictures of dogs, family members, places, stuffed animals, adventures, to the creative liberties that were taken in the creative process. People were creating as well as reproducing. 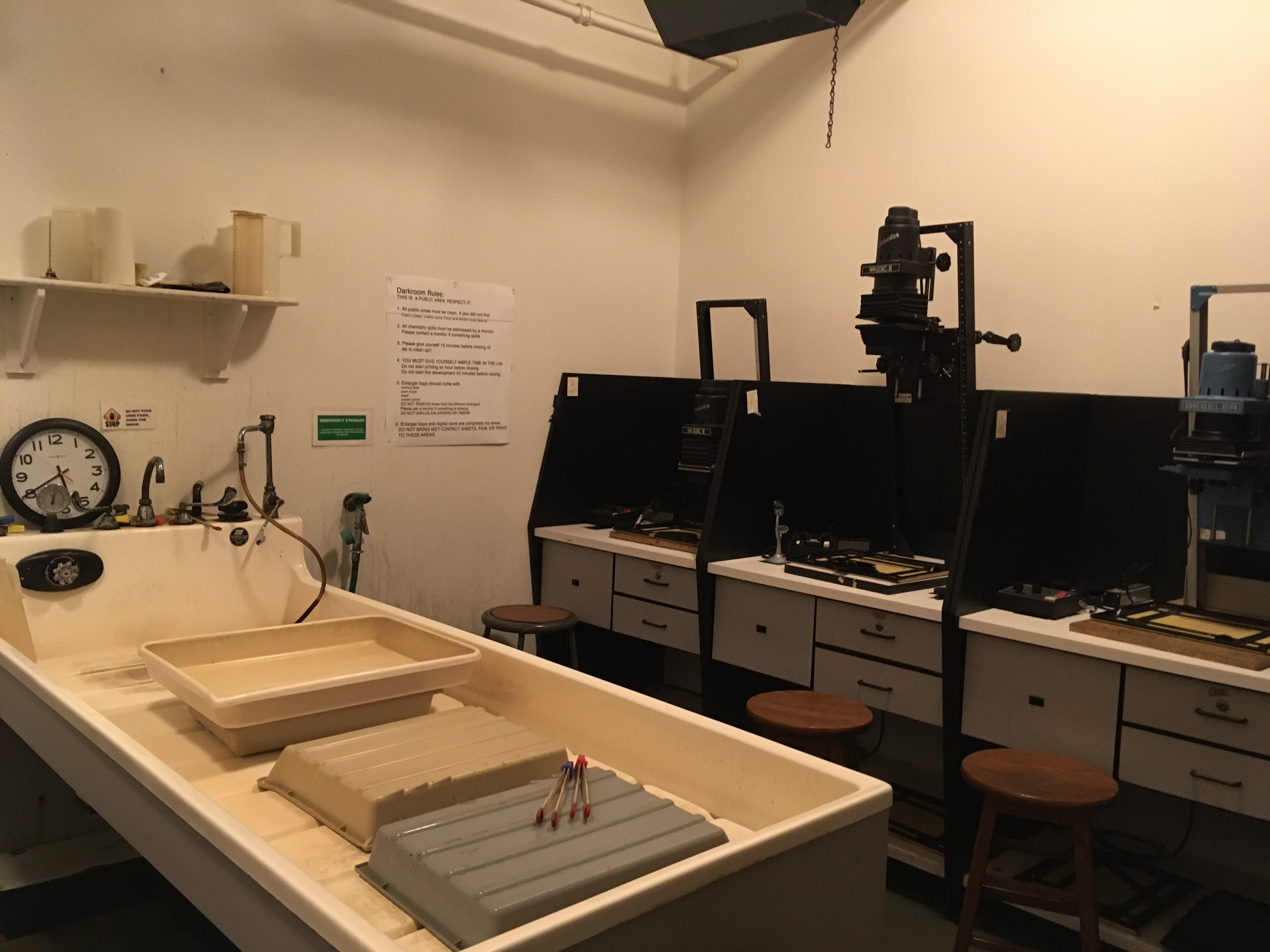 It felt both very strange and very romantic to develop photos by hand. I felt instantly like I had entered another world. A world that exists in movies, an analog world. A more careful, precarious world. Unlike, with digital. There was no undo. You can’t be sure of quality until after the fact, and it almost feels more special because of it.