On Wednesday, April 11th, the McMullen exhibited twentieth-century prints from our private collection as part of the ongoing Into the Collection series. Student Ambassadors from the Education Committee presented on prints ranging from lithographs, woodblock prints, sugar-lift aquatints, and more from artists like Picasso, Kokoschka, and Maher. 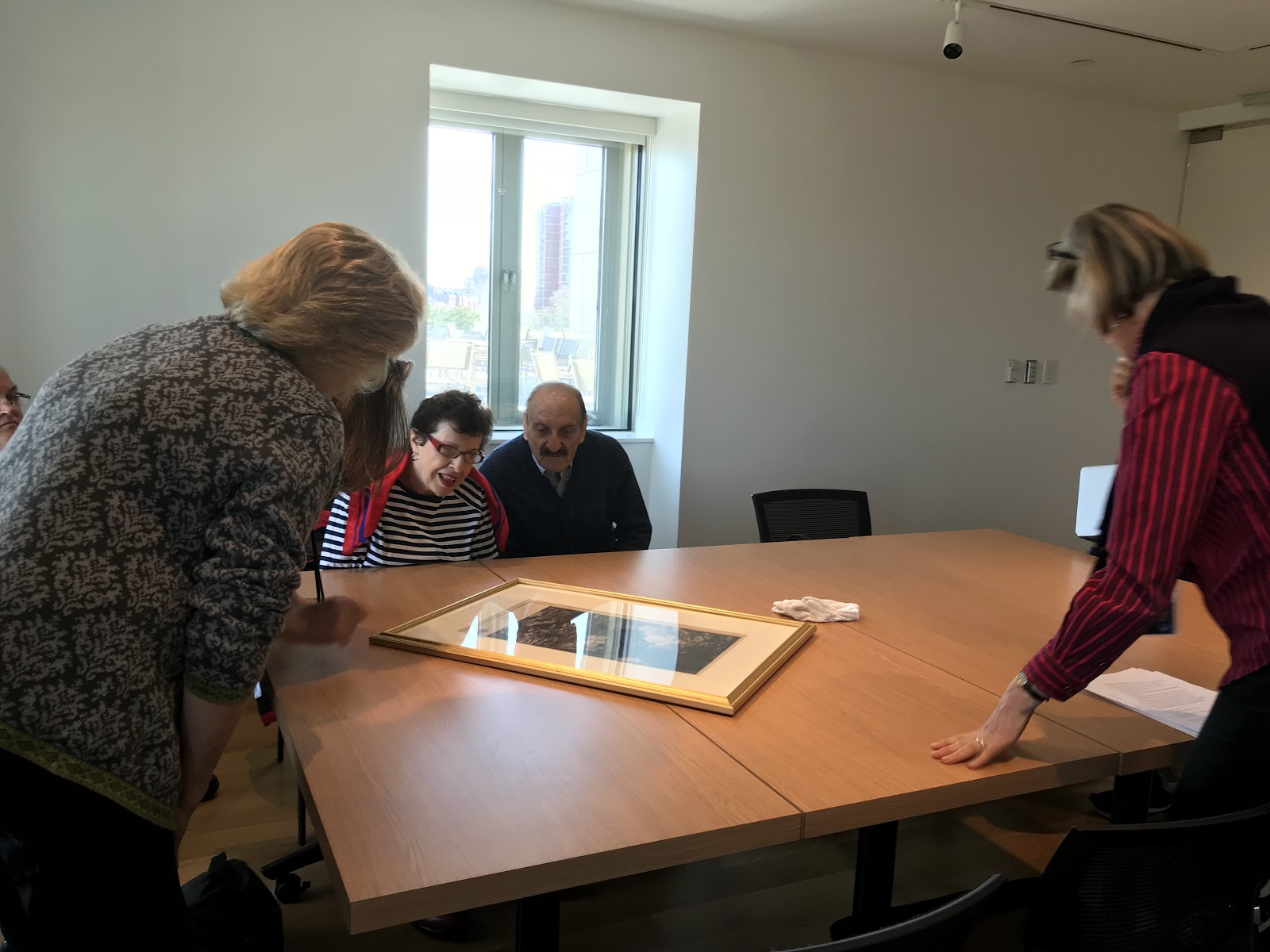 Alyssa Trejo researched and presented information on Georges Rouault’s Plate 36: Ce sera la dernière, petit père / This will be the last time, father! from the Miserere series. Members of the audience were stunned by the strong contrast and its dreary imagery.

The first print depicts a father, who was once a soldier, kissing his son goodbye before he leaves to go to war. As he does so, the son says “this is the war to end all wars.” Death, in the form of a skeleton, foreshadows the imminent demise in this war and in those to come, thus proving the son wrong.

This plate is especially telling since it was made during WWI, but not published until after WWII. It asks the viewer to contemplate our views on war and the destruction it causes, and whether or not we honestly learn from it.

The project was conceived as two volumes, titled Miserere and Guerre, to be made up of 100 large etchings with accompanying text by poet André Suarès. The books were never actualized, but instead resulted in a series of images made by Rouault. The artist himself prepared the plates through etching, which uses baths of acid to bite into the surface of the plate. More specifically Rouault used aquatint, in which rosin is applied in a fine powder and melted to the plate. The acid then etches the tiny spaces in between the motes of rosin, making a matrix of indentations that produce characteristically deep and textured black and greys in the final prints. He also used Sugarlift, where one takes a brush directly to the print using water and sugar and applies rosin to the unbrushed areas to leave a negative area of exposed plate. This negative area is then treated using the aquatint technique.
Alyssa also presented on Alice Maher’s print Magdalene. Although simplistic in its appearance, the print tells a story about Mary Magdalene and the importance of her femininity.

Human hair is a recurring motif in Maher’s work. Almost every character in her sketchbook has long hair. In this work, Silvestro dei Gherarducci’s painting from the 1380s The Assumption of St. Mary Magdalene inspired her. It shows Mary Magdalene during her assumption, with hands folded in prayer and her body completely covered by her long hair.  In Maher’s interpretation, there is simply the form of long red hair standing by itself. This emphasizes the femininity of Magdalene. We are left to remember that she was not only a great Christian symbol of repentance, but also a woman, something significant within the patriarchal system of Christianity. This contemporary feminist point of view adds a new dimension to Maher’s work and the image of Mary Magdalene we have today.

This past December, I had the opportunity to present a painting at an Into the Collection event focused on nineteenth-century American painting. The McMullen Museum owns six of Walter Franklin Lansil’s paintings, and I selected his work titled Venice Crossing to The Giudecca.

This particular work was painted in 1884 while Lansil was in Europe. Although Lansil was a native of Bangor, Maine and later a resident of Boston, a sizeable amount of his maritime paintings were created during his brief travels in Germany, France, Holland, Italy, and various other European countries.

One of the most striking features of this painting is Lansil’s use of cool colors in both the sky and sea. Additionally, the island of Giudecca in the Venetian lagoon is seen in the distance with the iconic cathedral, Il Redentore, appearing just over the horizon. Lansil’s distinct style is exemplified in this specific piece through shading, atmospheric effects close to the horizon line, the reflection of light on the choppy waves of the canal, and the employment of warm colors that draw the viewer’s eyes to central points such as the roof tiles of Il Redentore and the rower’s hats.