The McMullen Museum kicked off the spring semester by welcoming students to Art After Dark on February 8th for the students’ introduction to the new exhibit, “EagleMania: Collecting Japanese Art in Gilded Age America.” 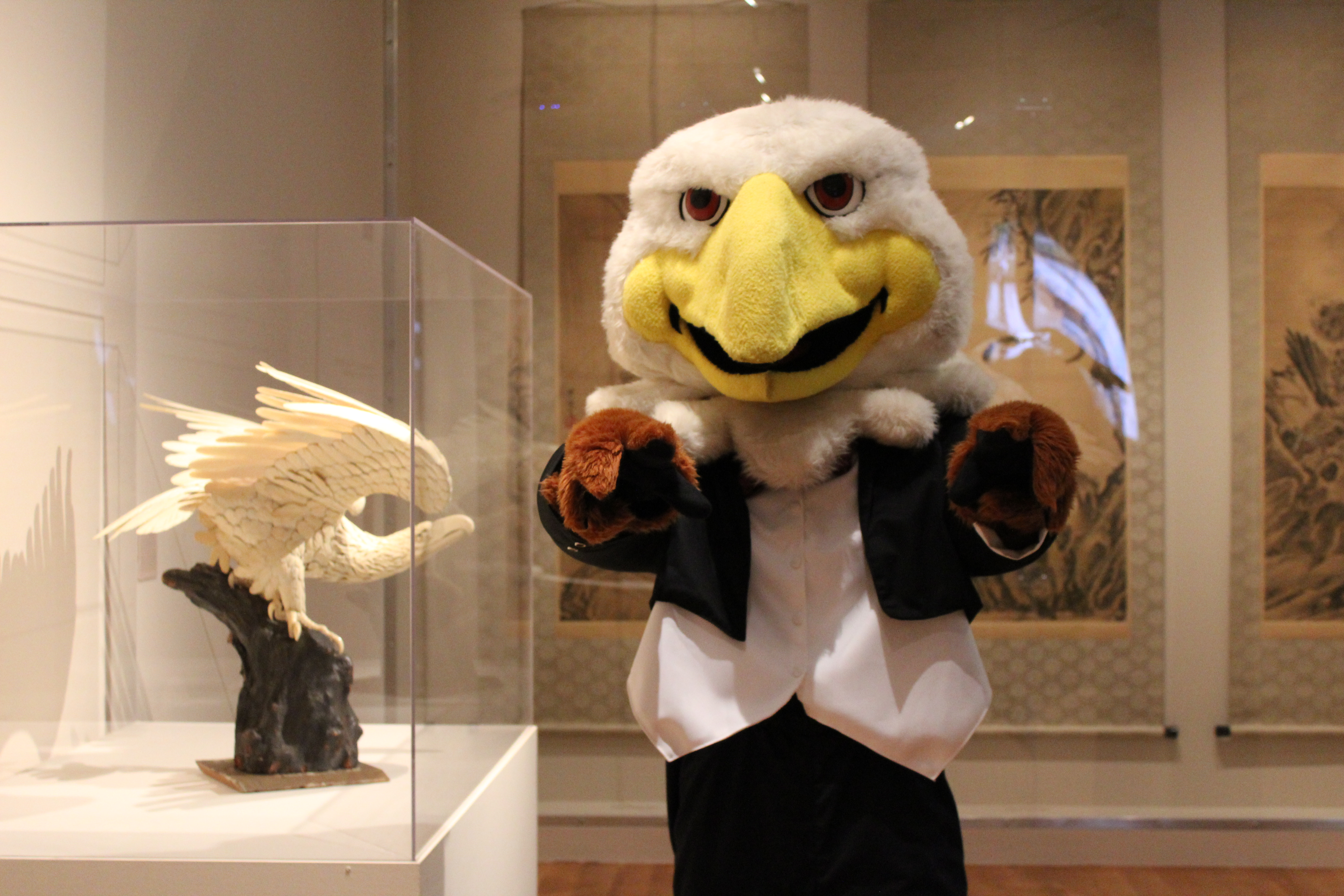 The exhibit itself shows off a variety of Japanese art, from folding screens and ceramics to a small-scale replica of a pagoda. Much of the art was originally owned by Larz and Isabel Anderson, who collected a great deal of beautiful art during their travels to Japan. The connecting theme of the art is birds—time and time again, the pieces display the beauty of large birds of prey, such as hawks and eagles. Of course, that connects to the centerpiece of the exhibit—the original Boston College eagle. 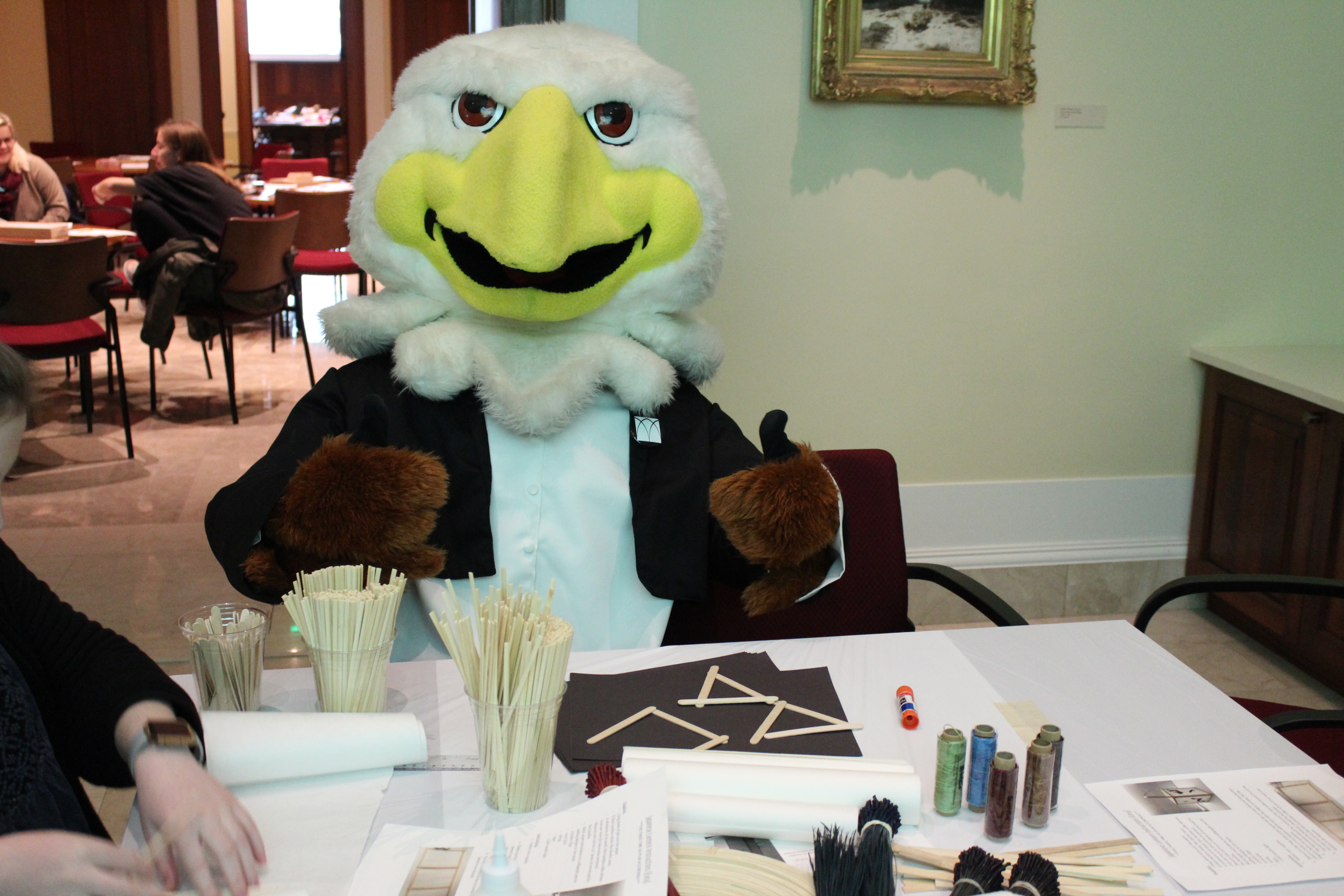 This eagle was once perched atop the pole by Gasson Hall on Linden Lane, but it was taken down and later replaced by an imitation eagle that still stands there today. Over the past few years, the original eagle has gone through an intensive restoration process leading up to the opening of the EagleMania exhibit. In the exhibit, it is accompanied by videos of two very similar eagles on display in Kansas City and London.

The third floor gallery houses an exhibit called “Cuenca: City of Spanish Abstraction.” It highlights a variety of works by Spanish artists during the mid-twentieth century, when General Francisco Franco cracked down on artists. 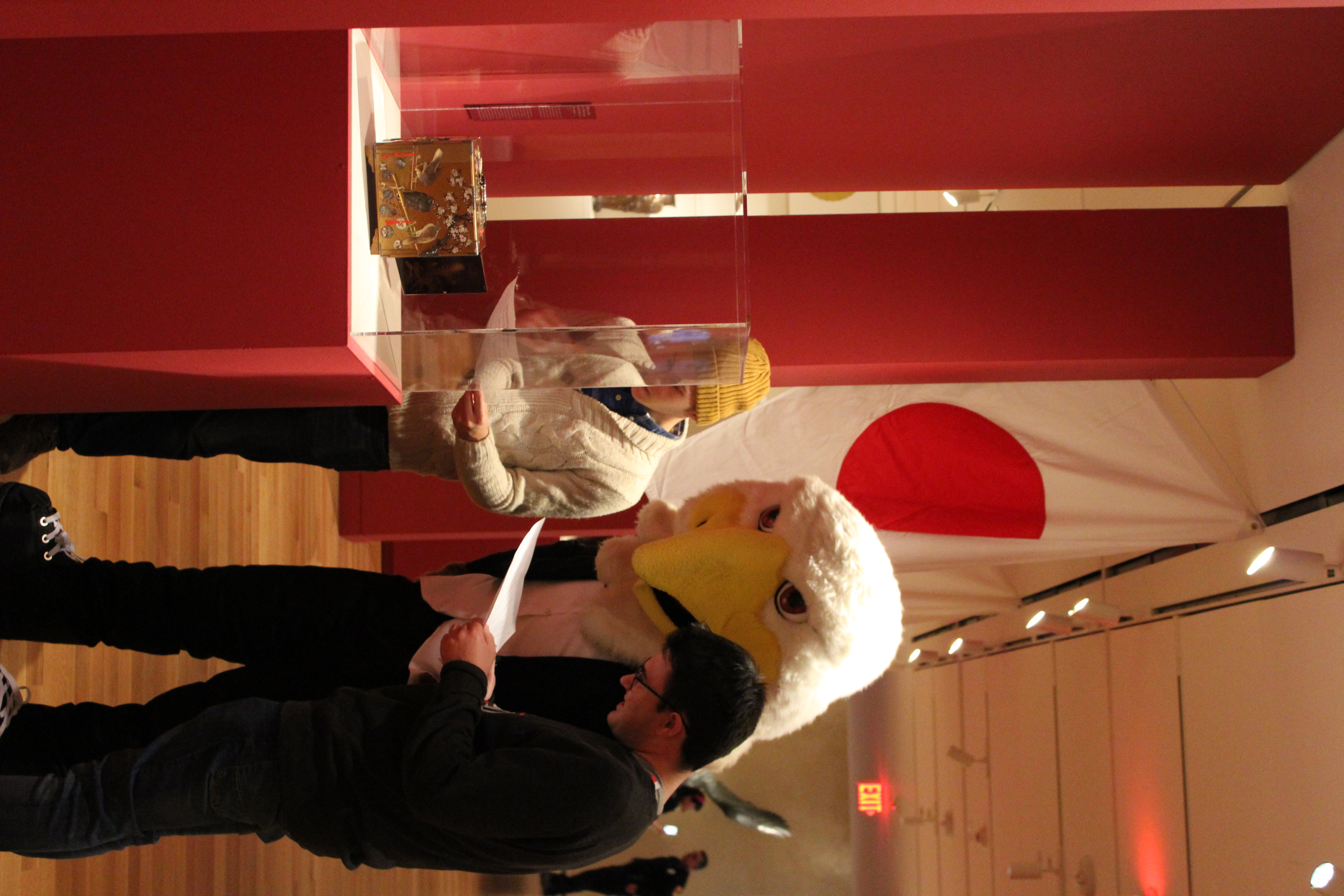 Students had an extra incentive to visit the two exhibits—a scavenger hunt, complete with McMullen-themed prizes for those who completed it. But besides the scavenger hunt, there was plenty to do at Art After Dark. 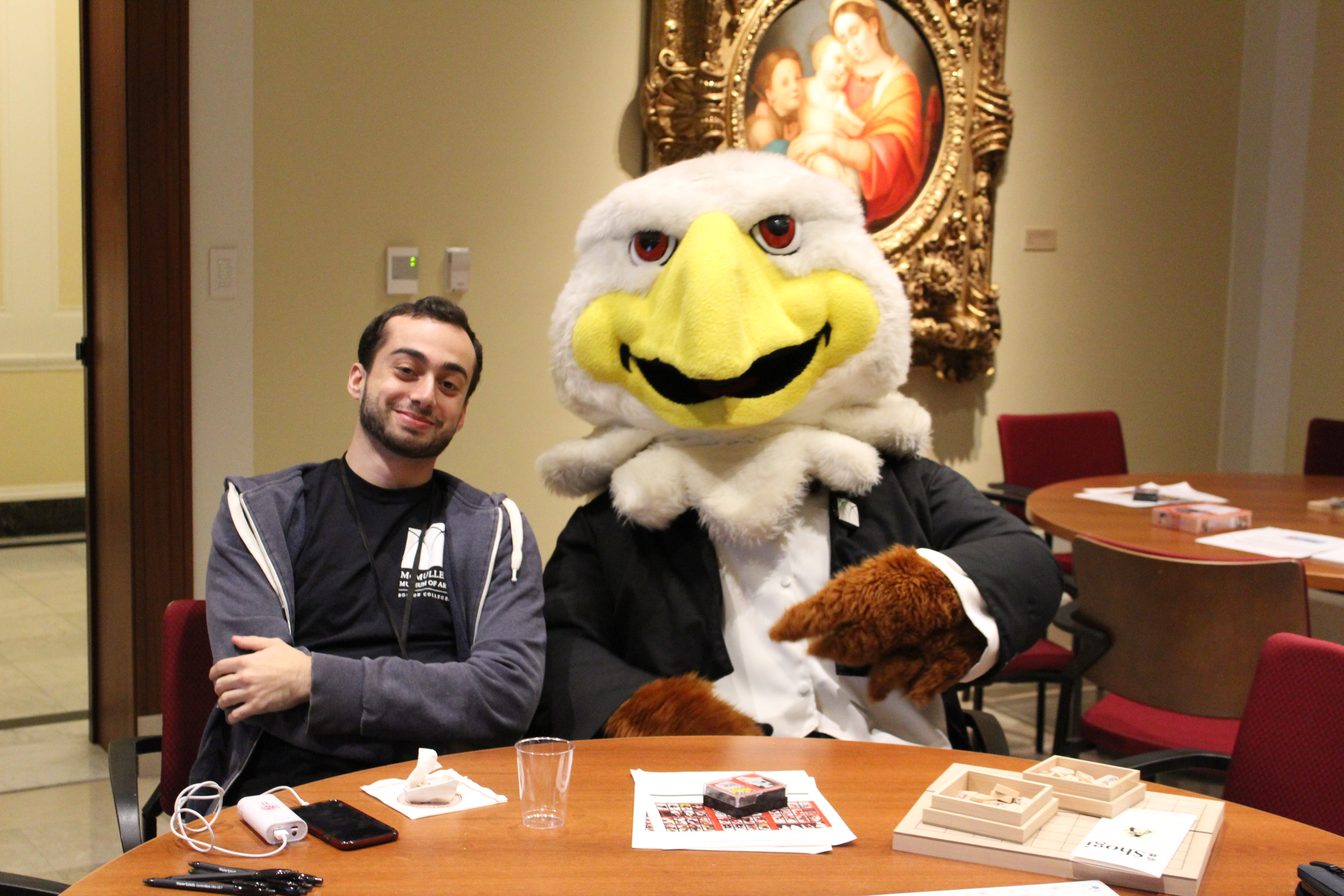 On the first floor, students could visit a photo booth and take pictures with a number of props. Down the hall, they could try their hand at some Japanese games, or even try origami and a paper-lantern craft. Meanwhile, the McMullen Museum teamed up with the Anime Club to play anime in several of the rooms. And, of course, there was food! Up on the third floor, students connected with the Cuenca exhibit by making their own abstract works on paper. 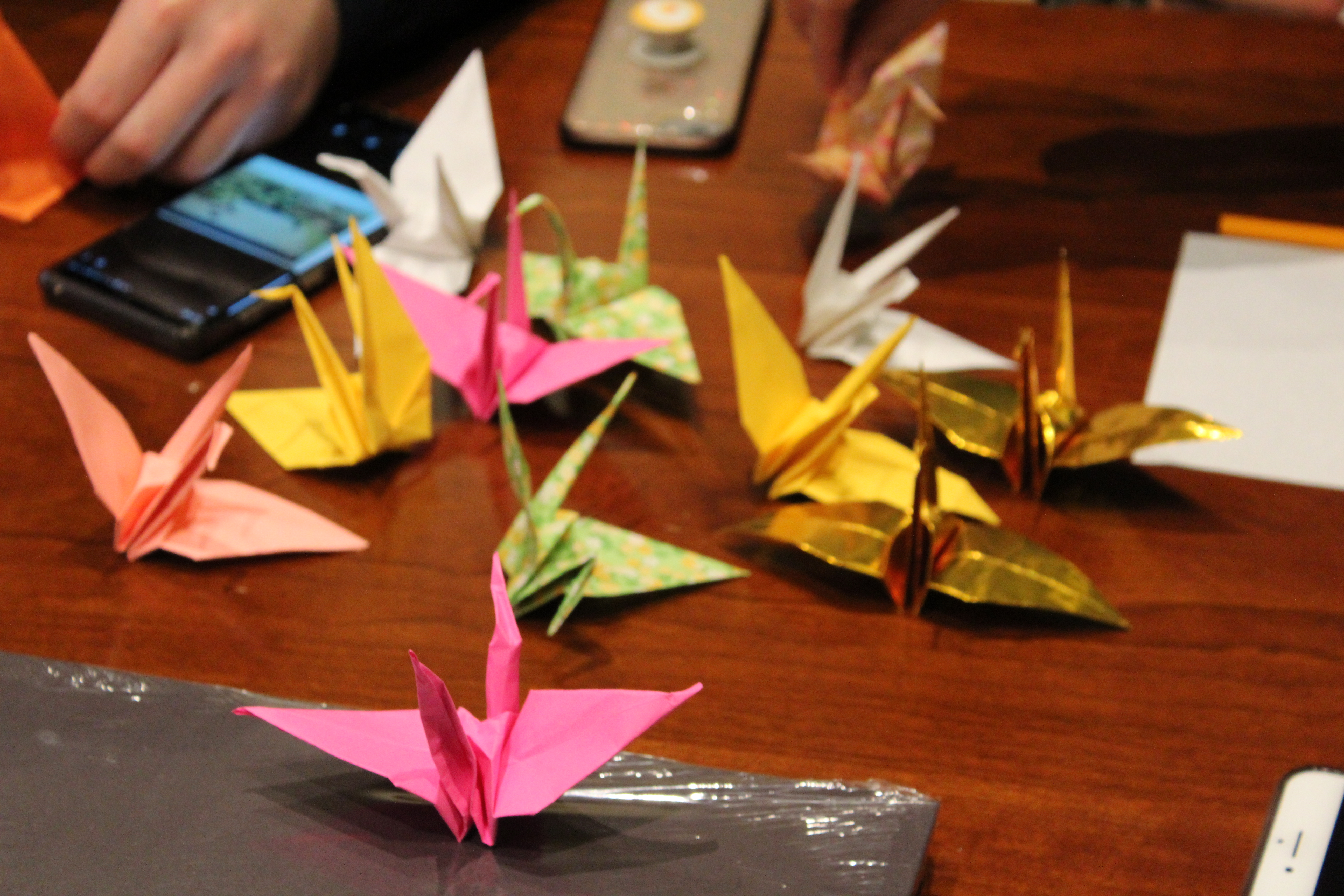 But the EagleMania student opening wouldn’t be complete without a visit from BC’s very own eagle. There were a number of performances throughout the night, but perhaps the highlight was the visit from Baldwin. 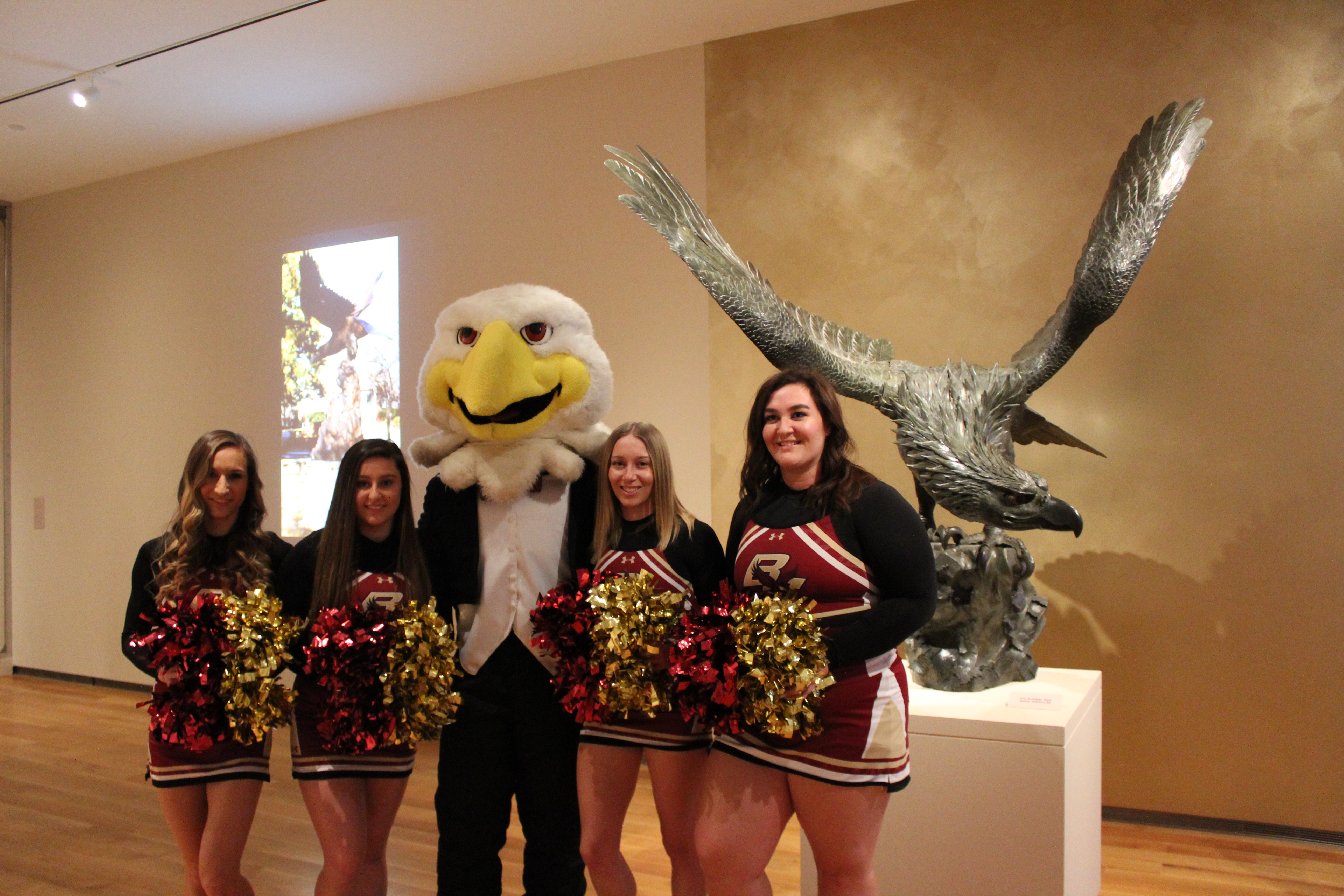