Twas a dark and spooky evening, when on October 20, fall descended upon the museum and students filled the walls. Just approaching the museum, the mood was set with a circle of lights, resembling a cultic meeting or summoning of some sort. The lights drew the visitors down to the grasses below the Museum, where an eerie game of ghost in the graveyard greeted them. After a game or two of laughter, chasing, tagging, and yelling, people could venture into the warmth that the museum promised. Apple cider, donuts, cheese, apples, and crackers filled stomachs, as visitors listened to the music echoing through the halls. 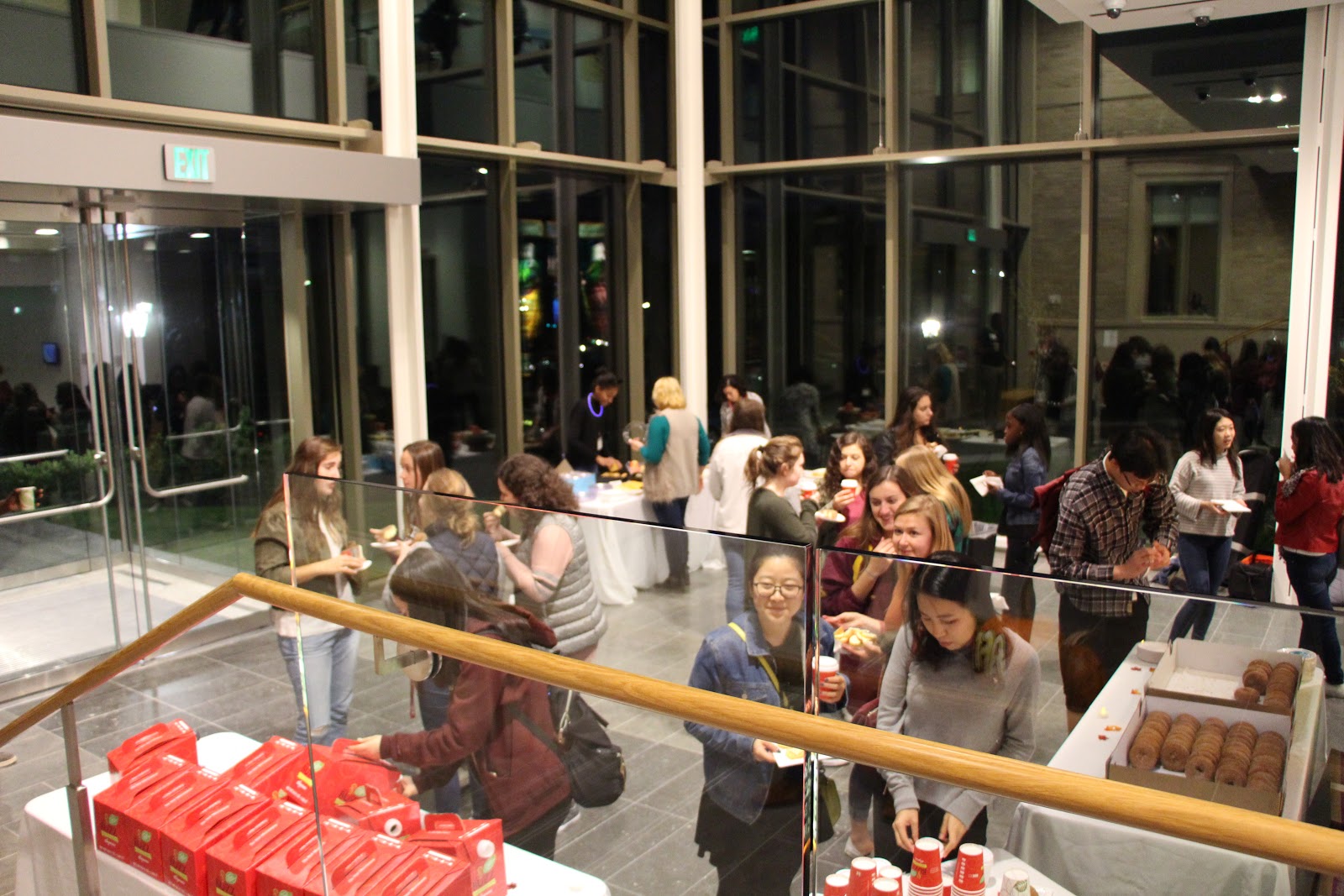 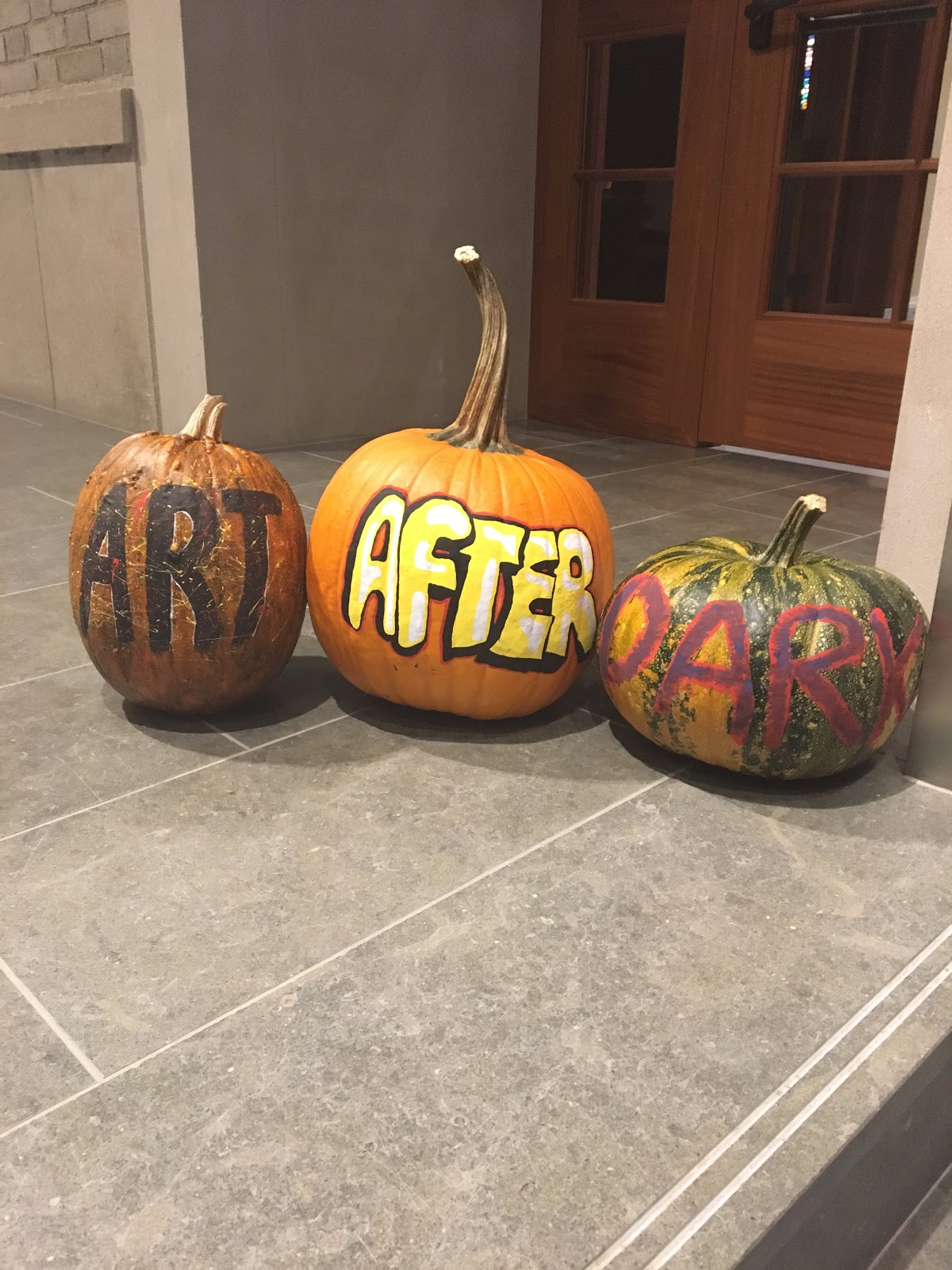 Up the stairs, the second-floor gallery was home to a gaggle of performers, otherwise known as The CCE, clad in all black, they took improv to a new level. Weaving art, mystery, and humor together The CCE acted out scenes of unimaginable murder and horror. Then if that wasn’t frightening enough, you could follow the screams to the third floor and onto the terrace.

Horror movies and pumpkin painting collided as the brave separated themselves from the weak, braving the outdoors, and having a good scare in the brisk air. Pumpkins were transformed into jack-o-lantern, gold orbs, and ominous symbols. 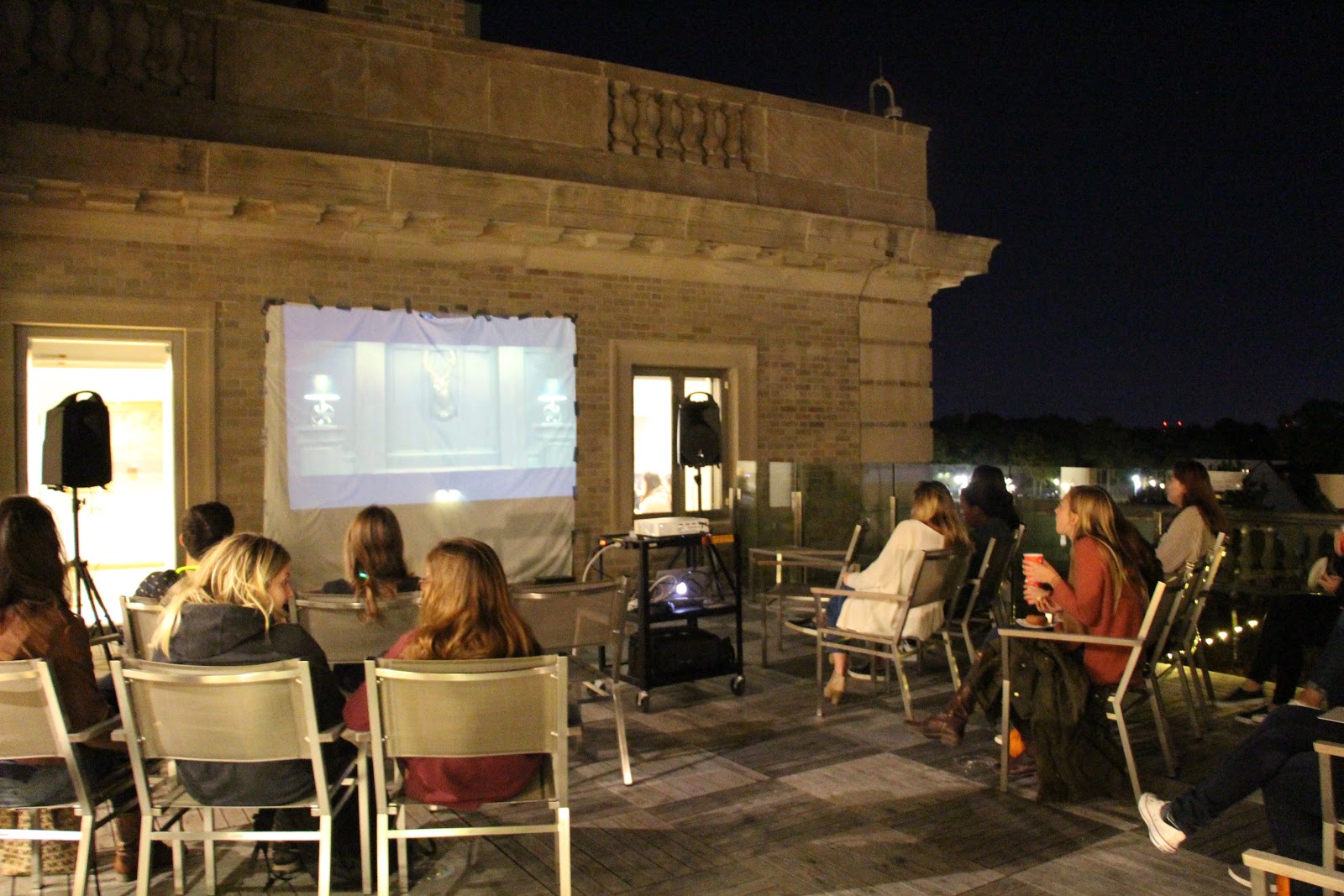 Lastly, to light the way, the third floor offered lantern crafts. Where, with leaves, glue, tissue paper, resourcefulness, and originality, visitors created lanterns to provide them safe passage home, as the spine-chilling films haunted their memories. 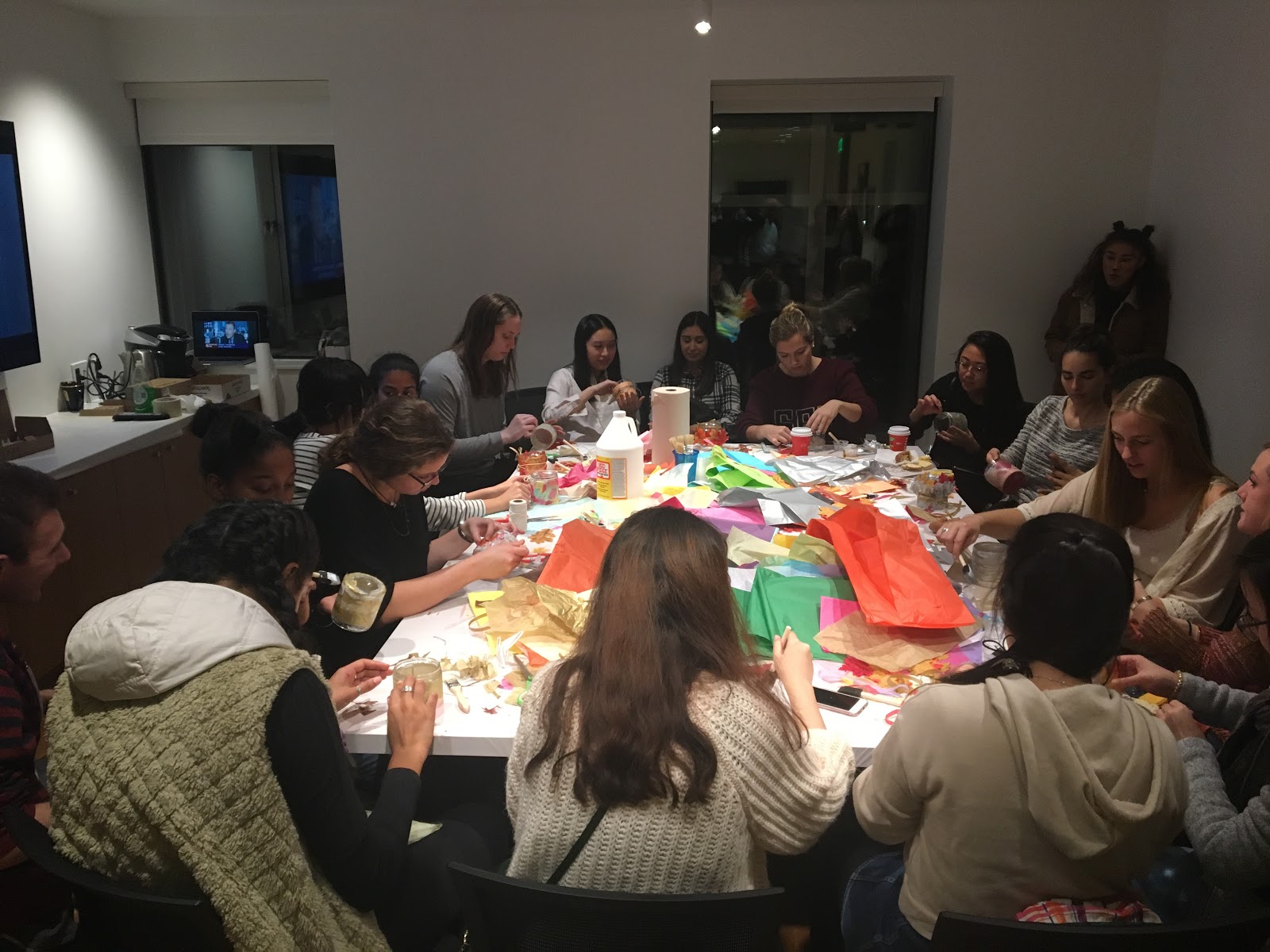