Neighborly Love is a section meant to showcase and celebrate the exciting happenings that are occurring around and within the greater Boston area. 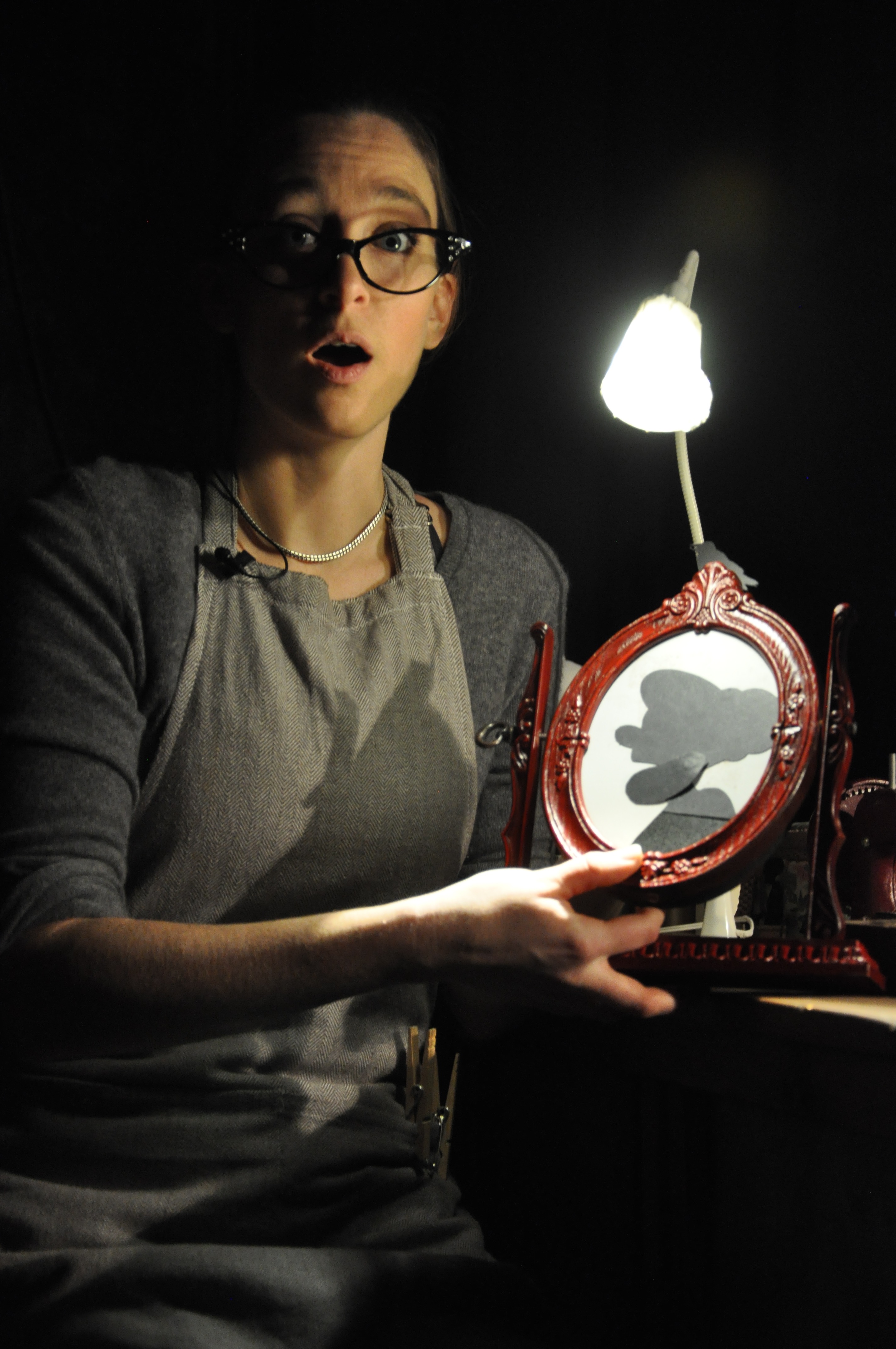 This past weekend, I escaped the cold and ventured deep into the heart of Brookline to a special evening show of “The Fairy Tailor,” by Sarah Nolen. The third-ever resident artist at The Puppet Showplace Theater, Nolen is known for her incredible creativity and ability to work across multiple puppetry styles. I arrived early, and from the moment I entered, I could tell this was a place where creativity was not only produced but celebrated. I sat among puppets waiting to find homes, children’s coloring tables, a cardboard city, a giant fish, and from the adjoining theater, my anticipation built as I heard Nolan rehearsing.

Soon it was time to enter the theater; the seating area was cozy with exposed bricks and puppets from previous shows embellishing the walls. I sat along one of the walls on a bench, which, adhering to theater policy, guaranteed everyone the ability to see. Children flocked enchanted to the benches in the middle. Puppets aren’t just for the enjoyment of children, however. This evening performance, for example, was composed of a majority adults–many just as excited and mesmerized as the children.

As for the performance, I wasn’t let down: I left feeling hopeful and happy. Happy that artists like Nolen are able to fabricate from their imaginations and then construct worlds. Worlds full of physical surprises, such as a wolf coat who eats other characters, or buttons and spools of thread that become cities through elaborate shadow work. Nolan seamlessly rotates through characters and reiterates what it means to be a creator. 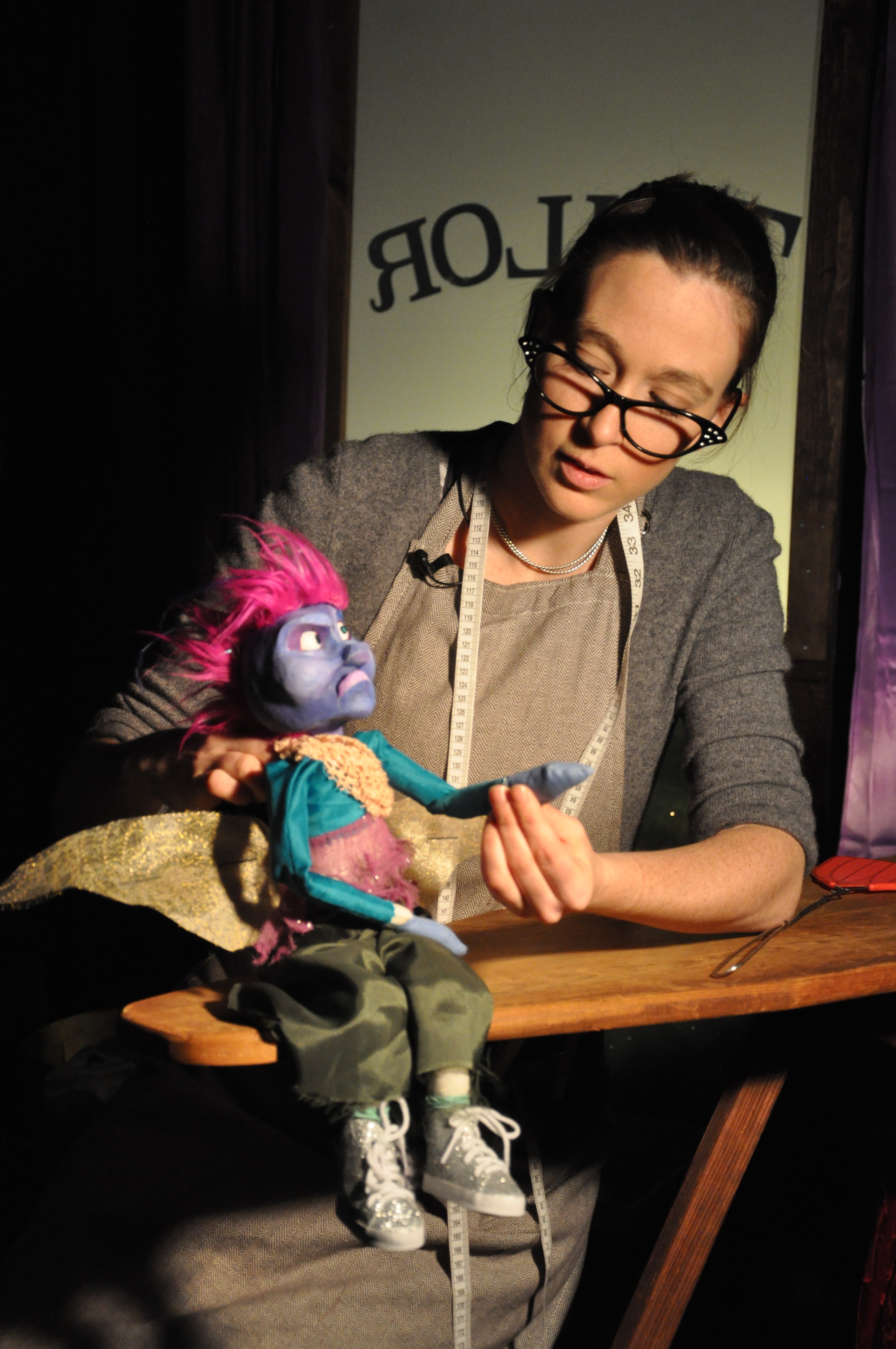 In my experiences, I’ve often found puppetry to be an underrated art form. When throughout the week I had told my friends of my weekend plans pertaining to the show, I received many different reactions: at best curiosity, at worst something verging on mockery. But was their skepticism really their fault? When most people think of puppetry, they think of Sesame Street or Pinocchio, quickly writing it off as made exclusively for children. In doing this we deprive ourselves of an art form that is both rich with history, as well as innovation.

This was my third experience with puppets and my first full-length puppet production. In each of my experiences, I have seen Puppeteers repeatedly shock and amaze with their out-of-the-box discoveries. In fact, it was in a sneak preview set from Nolen in one of The Puppet Showplace Theater’s puppet slams that I was first introduced to “The Fairy Tailor.” Puppet slams, unlike puppet shows are generally aimed at an adult audience, are made up of a wide variety of puppeteers and show performances, and are more experimental in nature. This experimental air was not lost in “The Fairy Tailor,” with Nolen transforming clothing into puppets, nick-nacks into puppets, and at times even herself into a puppet.

“The Fairy Tailor” gave its final show February 19, but do not fret if you missed this one; there are plenty of upcoming shows to get excited about, including “Lisa the Wise,” which will be showing March 15 – 18, 2018.