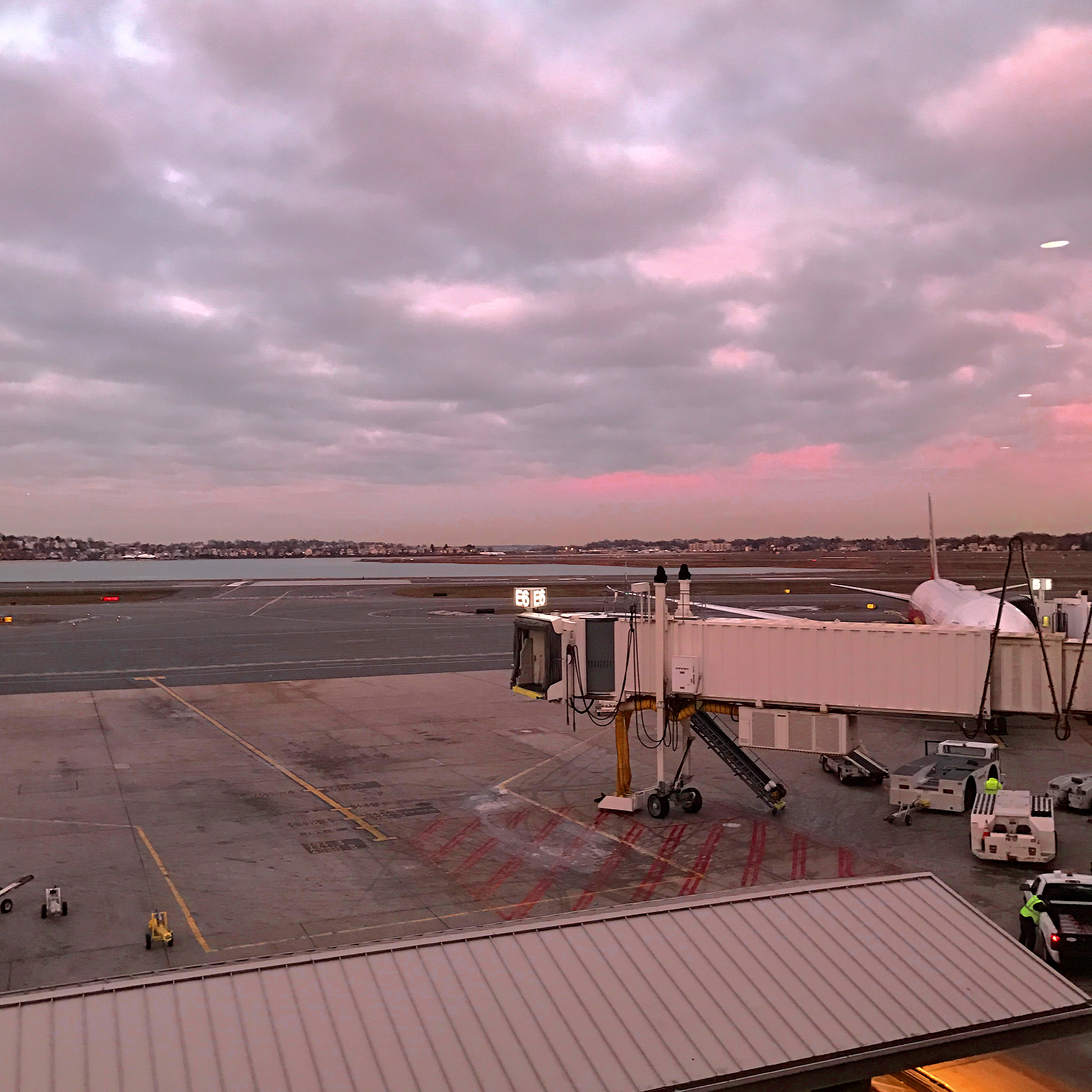 I took this photo when I was waiting for boarding in Logan Airport. The semester was finally over and I was going home—it was the end of the 4-month exile. When I was looking at the window, the sun was going down. The sky and clouds turned into red and pink. I was fascinated by the beauty of the dawn, and then I realized that it was the scene I’ve seen thousands time in the evenings of Boston. I realized that Boston was no longer the unfamiliar city to me. I used to think that leaving home for Boston is an exile, but now the exile is over—Boston becomes my second home.